The food we eat gives our bodies the information and raw materials they need to function properly and the nutrients in food enable the cells in our bodies to perform their necessary functions and strive. In Portugal besides these hard facts about the purpose of food people simply love to eat… Food and meals are a above all a ritual to be enjoyed.

Today we share some healthy and delicious Portuguese foods

A fat with wonderful flavour obtained from the olive, a traditional tree crop of the Mediterranean Basin, is produced by pressing whole olives and is commonly used in cooking, cosmetics and pharmaceuticals. About 75% of its fat is in the form of oleic acid (a monounsaturated, omega-9 fatty acid).

Research has long been clear about the benefits of oleic acid for proper balance of total cholesterol, LDL cholesterol, and HDL cholesterol in the body. With a fruity, bitter, spicy or sweeter aromas there are many different varieties of Portuguese olive oil to taste.

With a vast and rich coastline, abundant in fresh fish, Portugal is among the countries in the world with the highest fish consumption per capita. Species like the Sardine, Atlantic mackerel, Tuna, and the European hake are important for the Portuguese commercial capture fisheries. Loaded with important nutrients, such as protein and vitamin D.

Fish is also the world’s best source of omega-3 fatty acids, which are incredibly important for your body and brain.

Forget oranges from Florida or anywhere else once you have tried the delicious oranges from the Algarve. Portuguese merchants were presumably the first to introduce the sweet orange in Europe and therefore in several modern Indo-European languages this fruit has been named after them. Orange pulp is an excellent source of vitamin C, providing 64% of the Daily Value in a 100 g serving.

Honey making in Portugal dates back to Roman times; since the 16th century honey has been produced in several regions such as the Algarve and continues to be an important part of the local economy. Several types of honey can be found such as carob, thyme, pennyroyal, rosemary, orange, arbutus all with native origin.

Honey contains a treasure of nutritional and medicinal value for centuries. The sweet golden liquid is loaded with antibacterial and anti-fungal properties that has been used since the early days of Egyptian. Its composition is roughly 80 percent carbohydrates, 18 percent water, and two percent vitamins, minerals, and amino acids.

Portugal possesses a large array of native grape varieties, producing different Portuguese wines. Several grape phyto-nutrients are now believed to play a role in longevity. In addition to providing us with antioxidant nutrients like vitamin C and manganese, grapes are filled with antioxidant phyto-nutrients that range from common carotenoids like beta-carotene to unusual Resveratrol A.

Need Inspiration? Get our Free e-Book 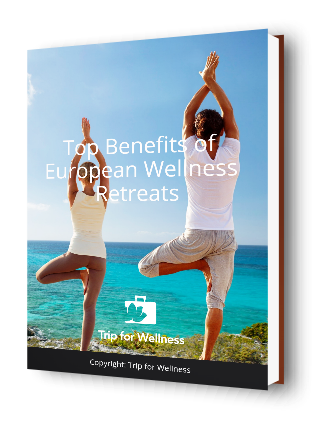 Subscribe to our Newsletter and be the first to know about upcoming retreats and exclusive offers!